By Some Great Storm 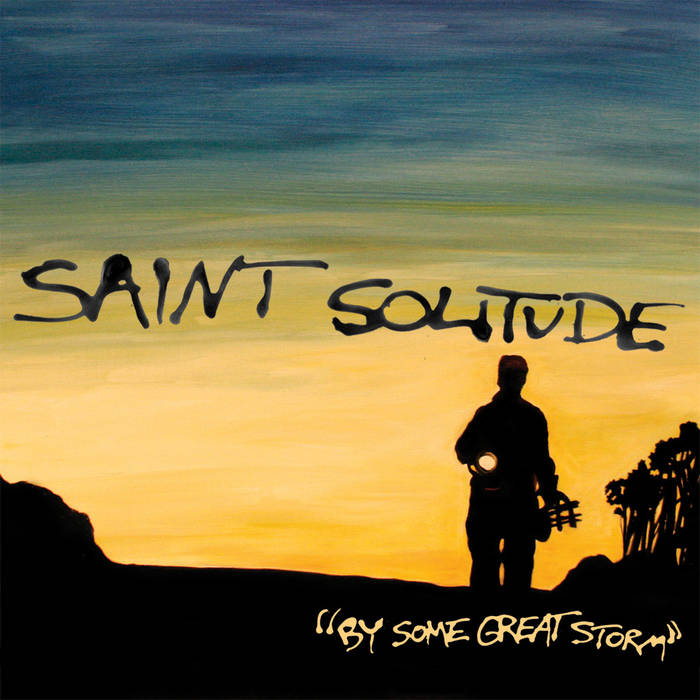 The Redcoats Are Coming!

The latest offering from Saint Solitude is once again a melting pot of buoyant, engaging rock songs. After having lived and toured with the songs that made up his debut for a better part of 2 years, main songwriter Dup Crosson found himself toying with a number of exciting new influences; learning folk songs by way of Woody Guthrie and Tom Waits, and revisiting the early soul records of the 1950s and 60s. Rejuvenated by the live band that backed him for his 2010 gigs and inspired by these new influences, it only seemed fit to write the type of album he'd always wanted to make: a big, sparkling rock record. Choosing this time to record solely in the studio, the new songs soon revealed themselves to be deserving of only the most massive of drum and guitar sounds, peppered with cello, trumpet, glockenspiel, organ, and homemade music boxes. Producer Andrew Schatzberg helped manage these lofty ambitions into bold and cohesive landscapes, bringing Crosson's delicate, heartfelt vocals to the foreground.

Much like all the output of Saint Solitude, By Some Great Storm builds on a bed of charismatic pop. From there, it quickly journeys through the reaches of soaring arena rock ("Lifted," "Put It To Truth"), sidewinding art house fictions ("Reflections of A Gallery Janitor"), and reflective piano ballads, the latter demonstrated most gloriously with the closing lullaby "Dreams Of Increase," which brings the album to a close with a chorus of sweeping cellos. Whereas the previous album Journal of Retreat was built on reserves of gleaming delay and reverb, By Some Great Storm is positively adrift in bittersweet fuzz, and is the first album of Crosson's to heavily reference his beloved Smashing Pumpkins. The album is an impassioned and confident statement from a musician who wants to remind us how good it feels to be swept away by an ocean of guitars.

written and performed by Dup Crosson. Produced by Andrew Schatzberg and Dup Crosson. Recorded and mixed at Landslide Studio September 2010-May 2011. Mastered by Brent Lambert at the Kitchen.

Depending on the day, or the song, Crosson alternates between the roles of loop artist, multi-instrumentalist, and perhaps most importantly, songwriter. He combines his favorite elements of Britpop, shoegaze, post-punk, and psychedelia into accessible and immediately appealing pop songs hereby known as BITTERSWEET FUZZ. ... more

Bandcamp Daily  your guide to the world of Bandcamp

Guest hosted by Tamar Osbourn aka Collocutor and Toshio Matsuura.